By
Rare Earth Gallery
Moldavite Ring - Elongated Unpolished Oval With Raw Meteorite & Faceted Prasiolite Pear On Double Band Size 7
Studies have shown it to be the oldest discovered meteorite, impacting Earth during the Quaternary Period, about 1 million years ago. But the technical age of this meteorite was found through radiological dating, which through cosmic ray exposure data tell us about how the body broke apart approximately 400 million years ago. Yep, it’s really old. The ancient Chinese considered meteorites to be sacred stones, and the Tibetans knew them as vajra stones, associated with the fiery power of creation. Thousands of meteors collide with the Earth every day, but only a tiny fraction reach the ground without completely burning up. A few more fun facts about Munionalusta Meteorite. Excalibur, the fabled sword of King Arthur, was said to have been made from a Nickel-Iron Meteorite.
$225.00
Product#: MdvRg23-XLs7 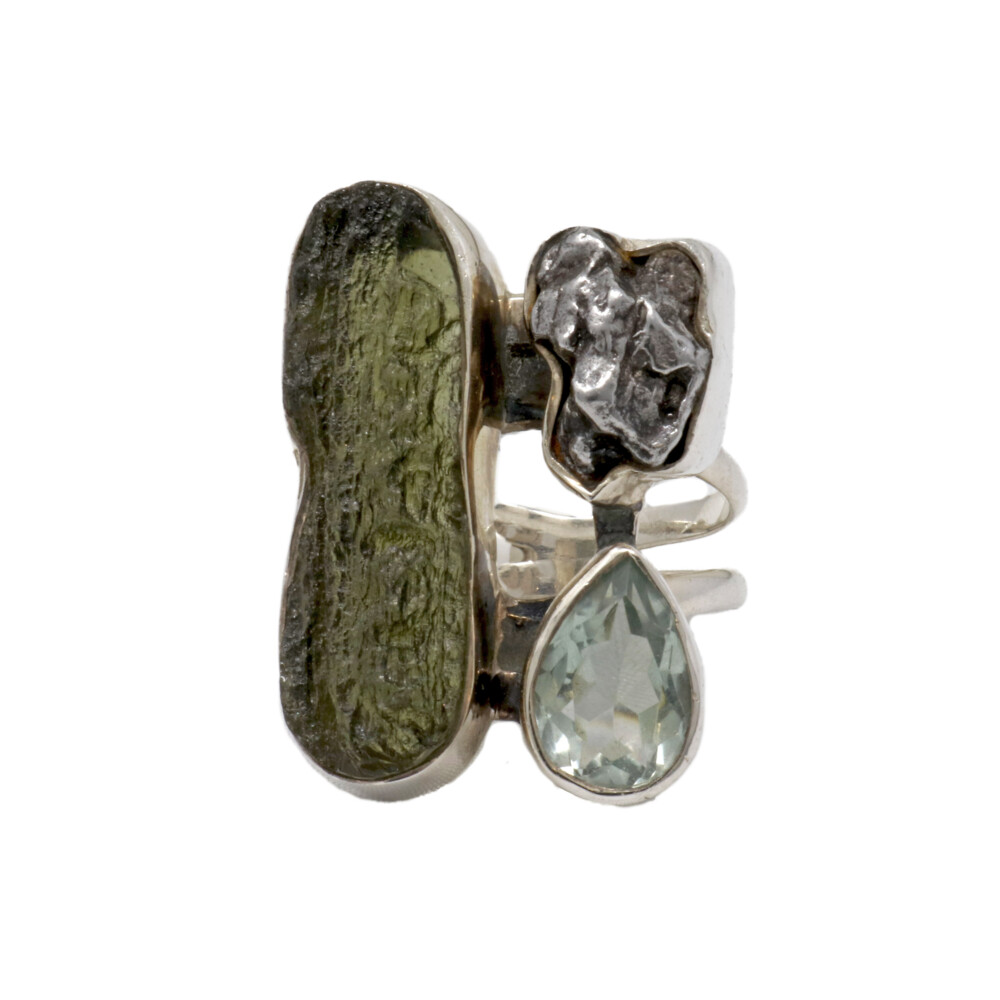