By
Rare Earth Gallery
Picture Jasper Happy Stone
It's a beautiful form of Jasper and can be described by it's excellent and seemingly landscape patterns on its surface, formed over time by nature. Picture Jasper is an Opaque stone of the microcrystalline Quartz variety. What sets this stone apart is its extraordinary banding or veining which is created by silicate or petrified mud.

Jaspers have been revered by ancient peoples and civilizations throughout the world as sacred and powerful stones of protection, for both the physical and spiritual realm. They were known as the “rain bringers” and nurturers, healers of the spirit and stones of courage and wisdom. The name can be traced back in Arabic, Persian, Hebrew, Assyrian, Greek and Latin, and the virtues of Jaspers have been extolled throughout the ages by the most noted physicians, magicians, poets, scientists, lapidaries and scholars.

Picture Jasper, a remarkable form of Brown Jasper, is characterized by masterful “scenes” and landscape patterns formed by Nature, and is believed to contain hidden messages from the past. It was revered in many cultures of the world for its deep connection to the Earth, its protection during shamanic journeying, and its ability to divine the land and the future. It is perhaps more closely connected to the planet than any other Jasper and is known today as the Stone of Global Awareness.

Please note: due to the nature of gemstones, each mineral specimen may slightly vary in size, color or shape. If you have any questions, please contact us and we will try our best to assist you.
$39.00
Product#: PJH-HB 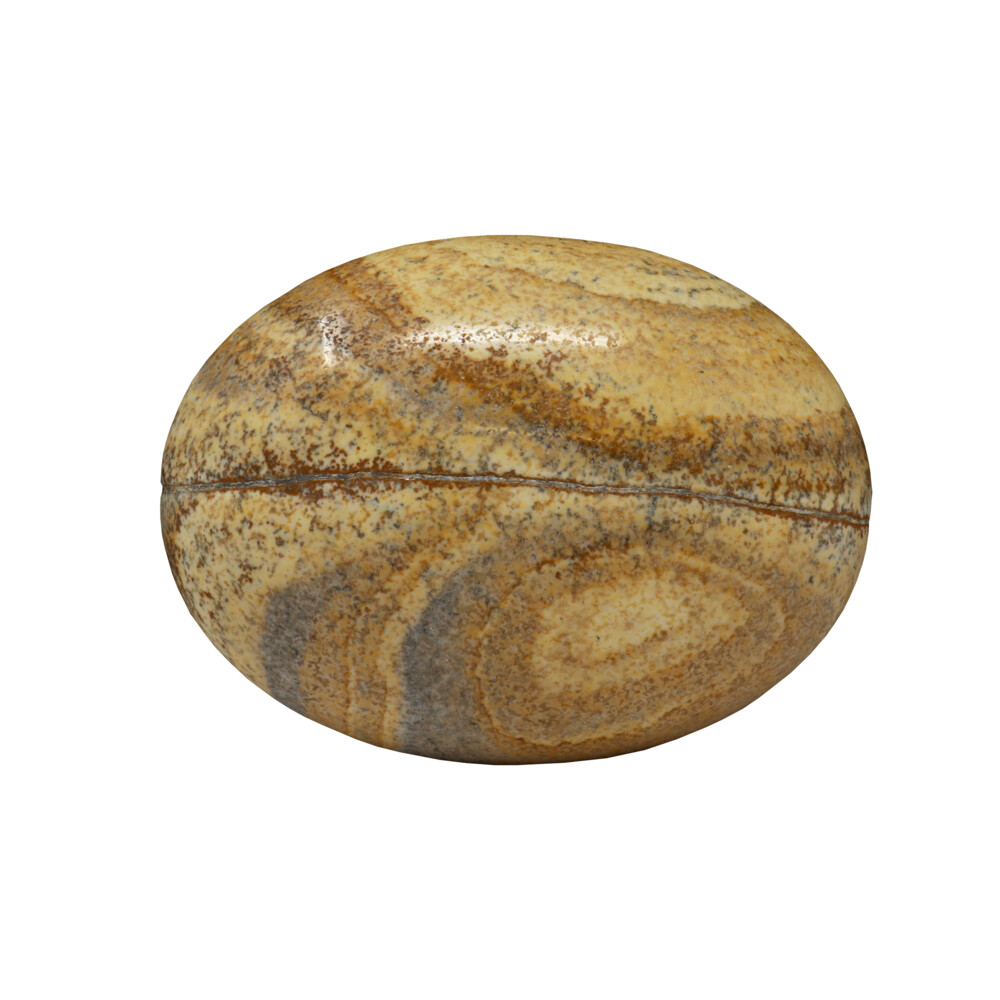