Pyritized Ammonite Half from Russia In Custom Stand

By
Rare Earth Gallery
This intricate and lustrous Pyritized Ammonite Fossil Half is from Russia. The sleek lines of the Custom Hand-crafted, minimalist-style metal stand quietly showcase the allure of the almost-hypnotic, Fibonacci-like, spiral lines of this mind-boggling fossil. Pyrite is often called “Fool’s Gold,” though there is nothing foolish about this mineral. Within its gleaming beauty is a stone of hidden fire, one that can be sparked to life by striking it against metal or stone. An Earth element, it also resonates with Fire energy, symbolizing the warmth and lasting presence of the sun and the ability to generate wealth by one’s own power. It is masculine in nature, a stone of action, vitality and will, and taps into one’s abilities and potential, stimulating the flow of ideas. It brings confidence and the persistence to carry things through to completion.
$9,500.00
Product#: AmSt04B-MNDD-AK181 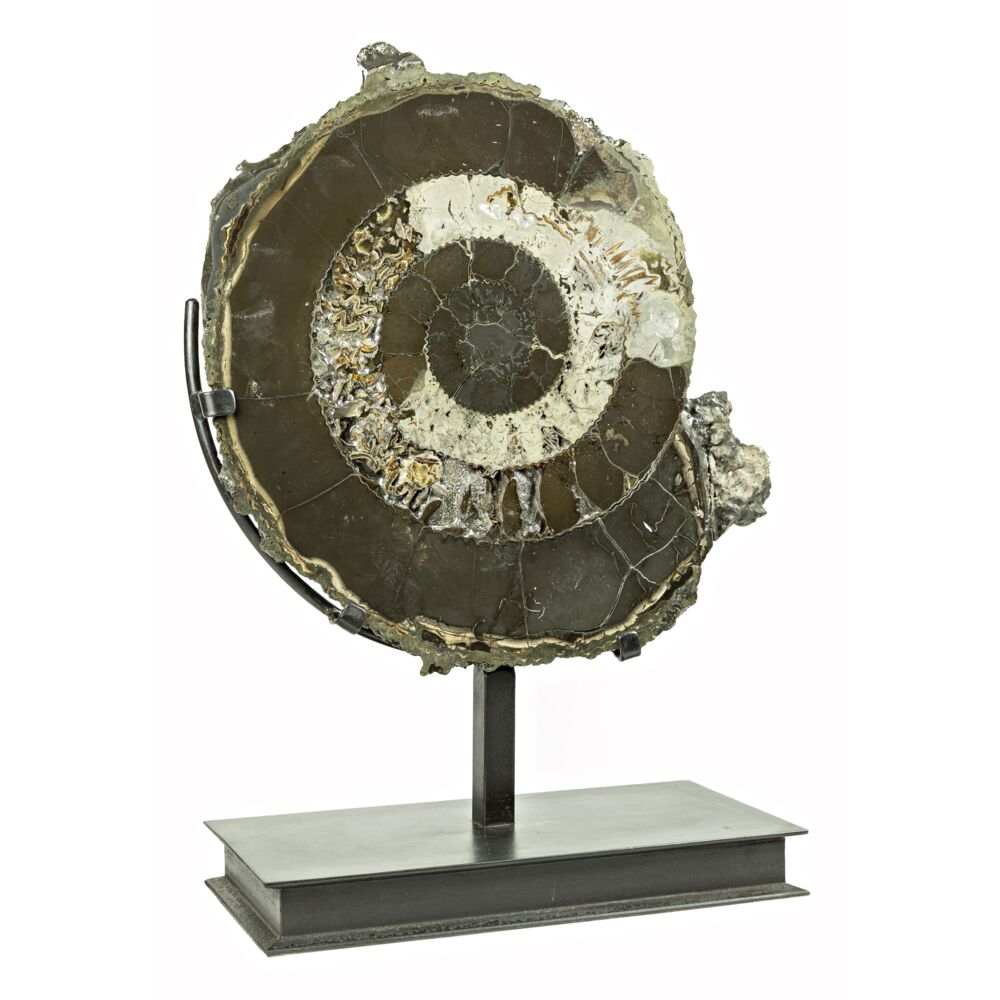