By
Rare Earth Gallery
The Megalodon was the largest shark ever to swim the Earth's oceans. Growing up to 50 to 70 feet in length and weighing in between 53 and 114 tons, this behemoth had five rows of teeth totaling a whopping 270 teeth. This striking palm sized Megalodon tooth sits in a prong style stand. A beautiful addition to any fossil or fish collectors prize cabinet.

These Fossilized Shark Teeth are the only remains of the Carcharodon Megaldon, the largest and most awesome creature to ever inhabit the oceans of the world. A distant cousin of today’s “Great White Shark”, Megaldon thrived during the Miocene and Pleistocene Epochs over fifteen million years ago. Based on the enormous five and six-inch fossilized teeth, many scientists believe Megalodon may have reached an overall length of one hundred feet, more than three times the size of any existing species. 25 million years old from Coastal South Carolina. 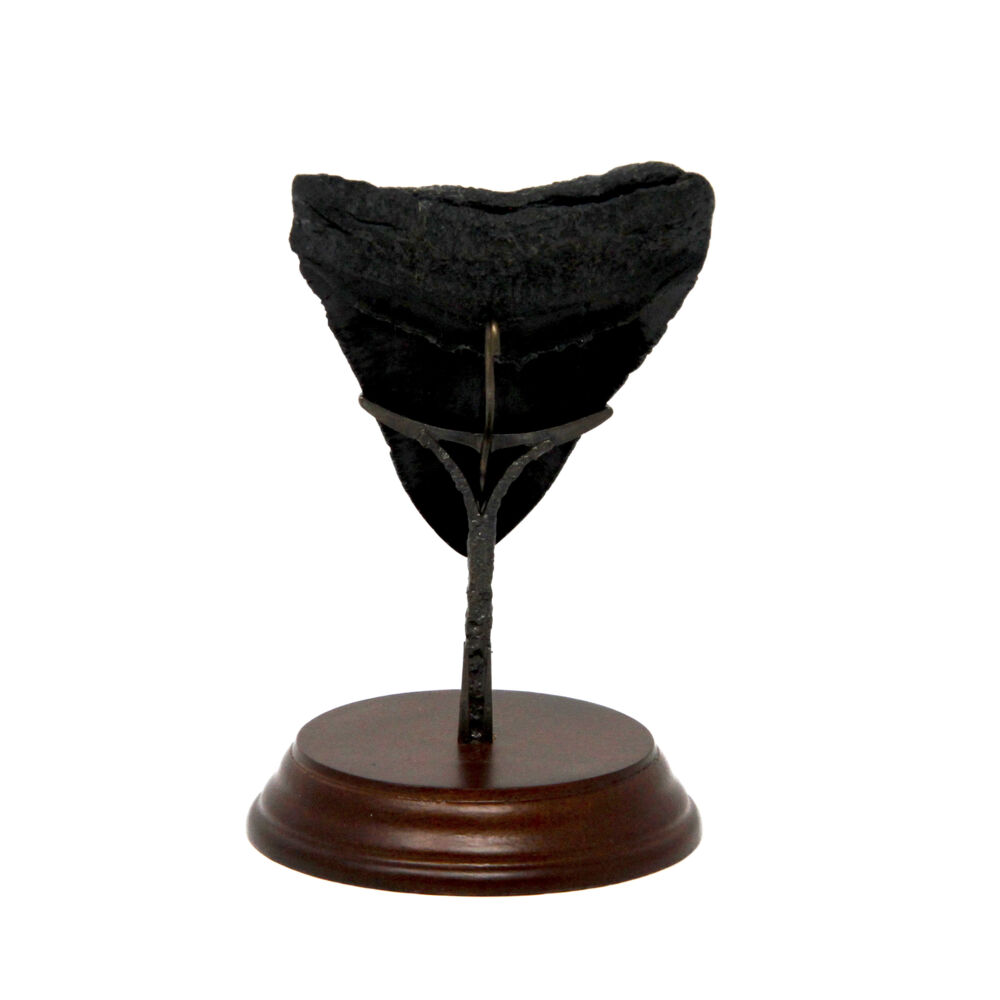