These Fossilized Shark Teeth are the only remains of the Carcharodon

Megaldon, the largest and most awesome creature to ever inhabit the

oceans of the world. A distant cousin of today’s “Great White Shark”,

Megaldon thrived during the Miocene and Pleistocene Epochs over

fifteen million years ago. Based on the enormous five and six-inch

fossilized teeth, many scientists believe Megalodon may have reached

an overall length of one hundred feet, more than three times the size of 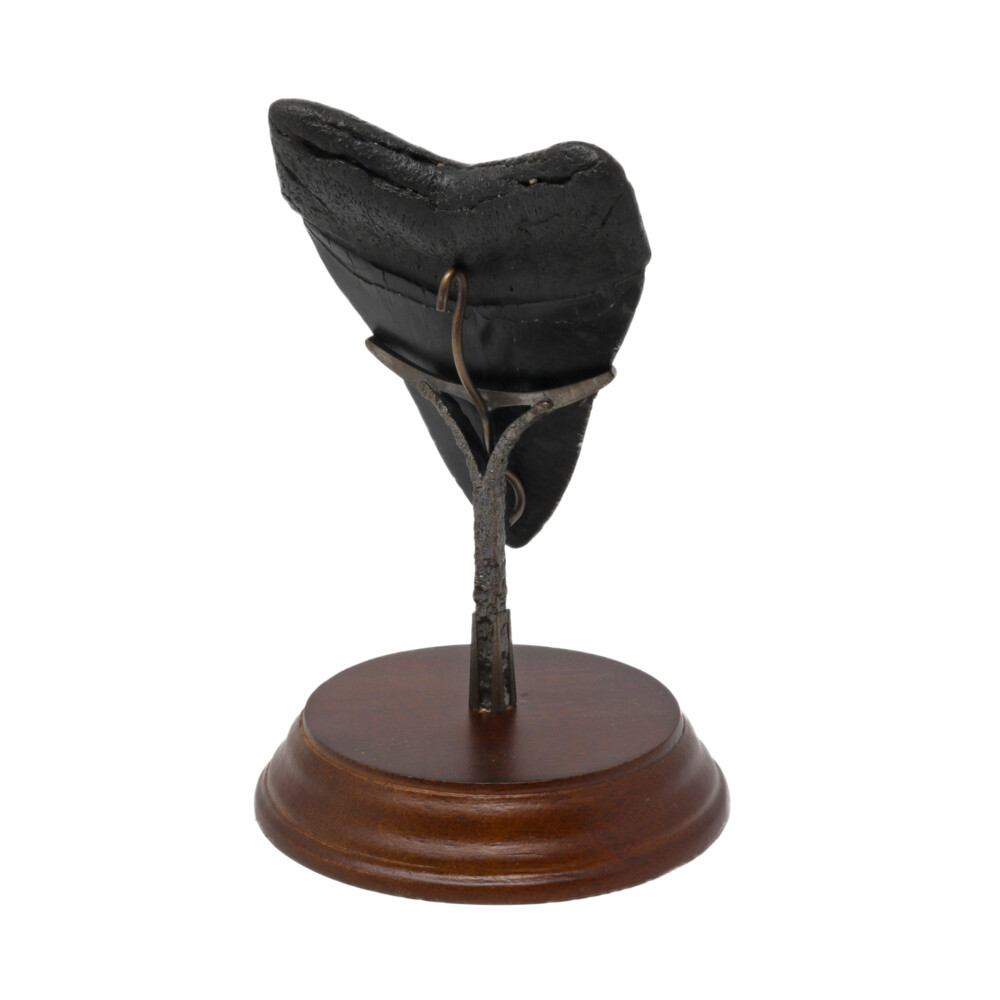