By
Rare Earth Gallery
Two massive and intriguing agate slices with amazing cavities of Prasiolite and pink calcite crystals, reminiscent of butterfly wings mounted in book matched fashion on a stunning hand-crafted custom stand. An incredible piece of art for an entry way, courtyard, floor to ceiling window wall. This statement piece is an excellent work of art. The custom stand holding the agates was welded to perfection and precision. Holding up and displaying natural agates like beautiful wings. The base works as a base for a photo op as well. Agate is the name given to numerous varieties of banded Chalcedony, a mineral of the Quartz family. Its name comes from the Achetes River in Sicily, where Agates were first found. Usually banded in layers, or stripes, some varieties have “eye” markings, or specks of color, some have fossilized inclusions, and others are solid. Called the earth rainbow, the concentric bands of Agate form in nearly every color the earth can produce, including a colorless form.

Historically, Agate has been discovered with the artifacts of Neolithic people, and was used as healing amulets and ornamentation dating back to Babylon. Its medicinal uses continued through the ancient Greek and Egyptian civilizations, and spread throughout Africa and the Middle East into Russia. Agate sparked a world renowned stonecutting and polishing industry in Germany that flourished from the 15th to the 19th century, and exists today.

Metaphysically, Agate has a lower intensity and vibrates to a slower frequency than other stones, but is highly regarded as a stabilizing and strengthening influence. The layered bands of microscopic quartz in Agate may appear delicate, they are actually very strong. Agate is excellent for balancing emotional, physical and intellectual energy, and in harmonizing yin and yang, the positive and negative forces of the universe. 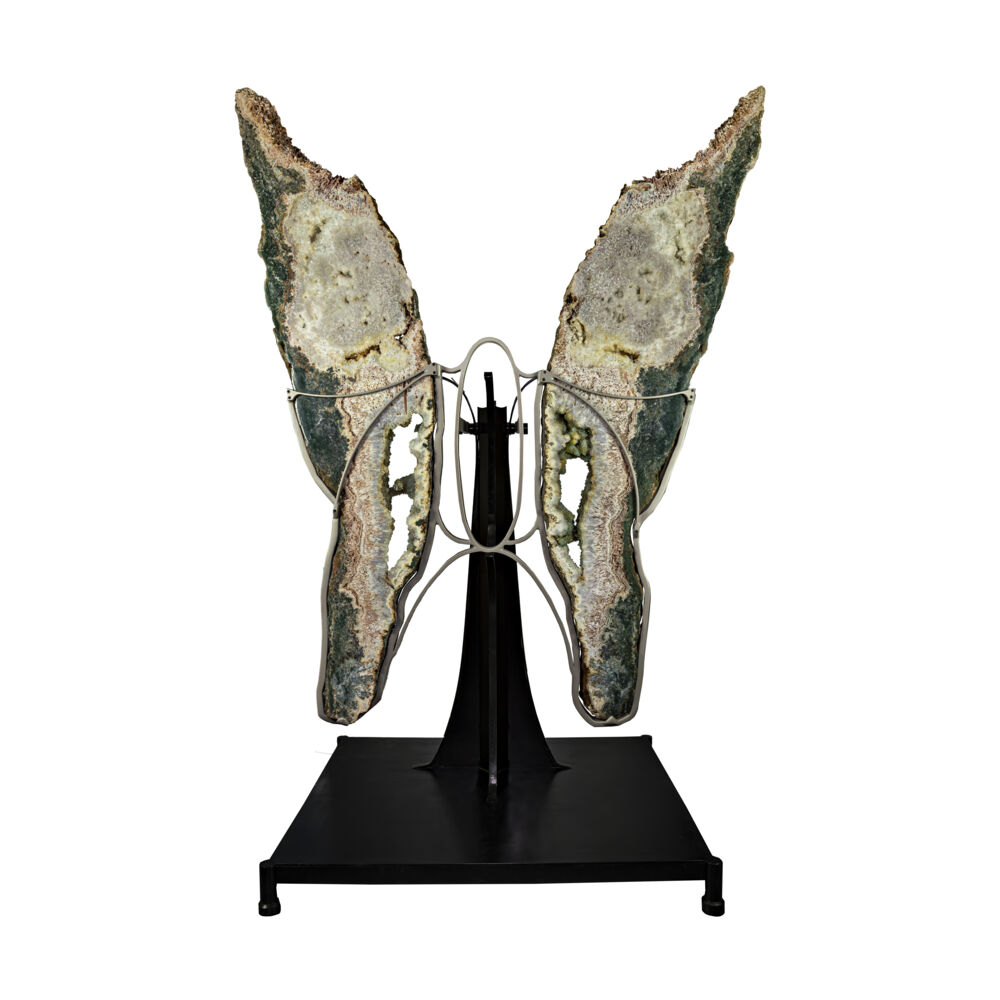