This agate slice has a small druze pocket in the center.  Druze is a formation of tiny crystals on the surface, or in the center of a larger crystal.  This translucent slice has a thick band of quartz crystal around the druze. Finishing off this piece is the blue and gray banding around the edges.  Agate also has metaphysical properties.  Agate is believed to improve mental functions and can help where issues of clarity and stability are concerned.  Agate is also helpful in overcoming negative emotions by bringing love into the chakras.  To display your agate piece the acrylic stand is included. 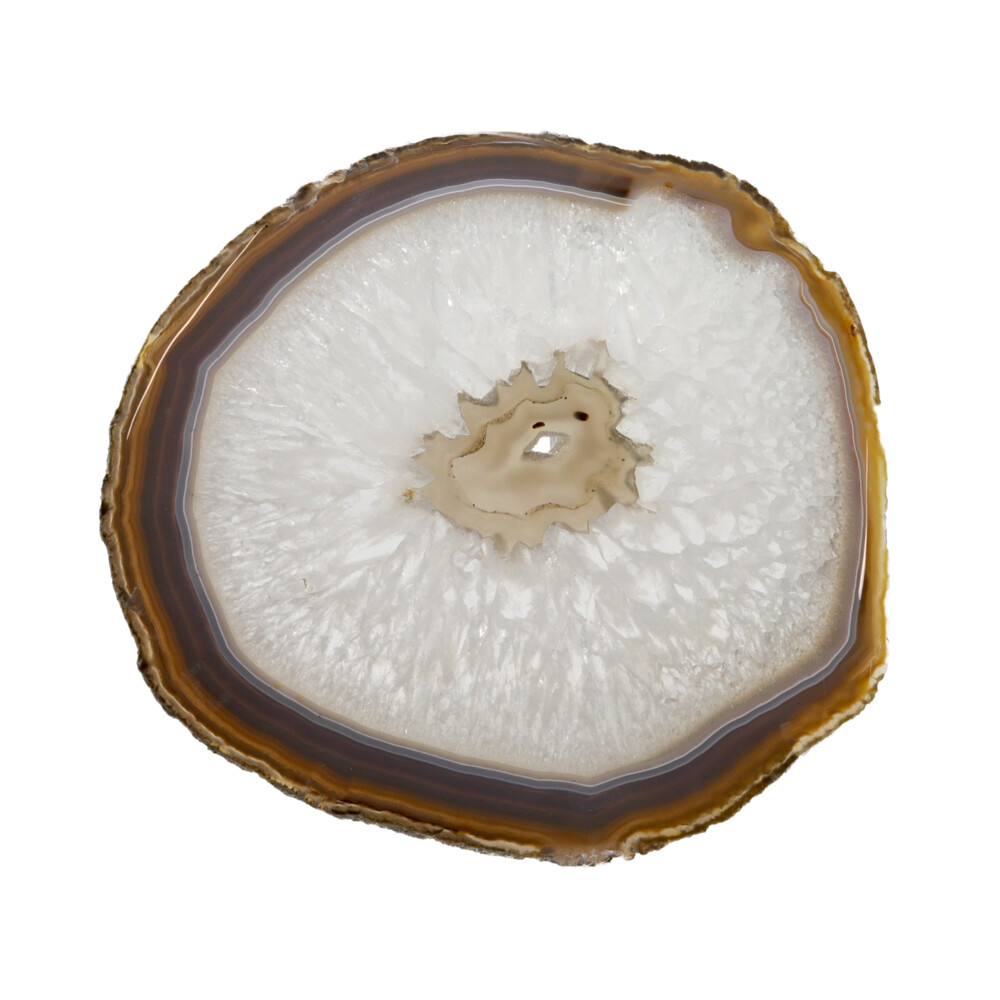