The metal Tibetan singing bowls have been used for thousands of years as a way of transporting those who play, listen, and chant along with it to a deeper meditative state. This brass singing bowl is a beautiful piece for your meditation space or living room. It fits in the palm of your hand so you can take it with you to practice mindfulness anywhere. These bowls produce a resonance which helps calm the mind and relax the body. Singing bowls can be used for meditation, sound therapy, yoga, or any time you wish to ground body and mind. The Tibetan singing bowl was first introduced to the US less than thirty years ago, chiefly by a musicologist named Rain Gray. For eight years, he had been touring Tibet and researching the bowls being used by Tibetan monks.
Fatima hand- Burnished into the inside bottom of this brass bowl is a symbol known as the Fatima Hand. The Hand of Fatima is an ancient talisman that symbolizes feminine power, and is referred to as the woman’s holy hand.
Originating from the Hebrew word hamesh, literally meaning five, the hand is worn as a defense against negative energy, deflecting the gaze of the evil eye away from the wearer.
Another meaning of this symbol relates to the sky god, Horus. It refers to the eye of Horus, which means humans cannot escape from the eye of conscience. It says that the sun and moon are the eyes of Horus.
How to Play the Tibetan singing bowl- It is not difficult to play a Tibetan singing bowl and anyone can learn how. First, a wooden mallet, often covered at one end with leather or cloth cushioning (which acts as a shock absorber), is struck against the bowl. The middle and pointing fingers are held a couple inches from the tip of the mallet and the covered end is the end that strikes the bowl, always at a slight angle with the bowl. The mallet is then rotated around the edge of the bowl using full arm motion to sustain the sound produced. To raise the frequency and loudness of the sound, rotate the mallet faster around the bowl. Slowing down the rotation leads to a softer sound. In addition to high-pitched sounds, a Tibetan bowl can create “base” sounds if it is struck with the middle of the mallet perpendicular to the bowl. The angle of the mallet should be tilted slightly outward, and the rotation should be counterclockwise. Whenever the Tibetan singing bowl is played, it creates three harmonics- a fundamental frequency and a second plus third harmonic. This results in the mysterious resonance and vibrations one hears emanating from the bowl.
Includes a wooden wand.
$198.00
Product#: 30116113Bsb01-HFJ 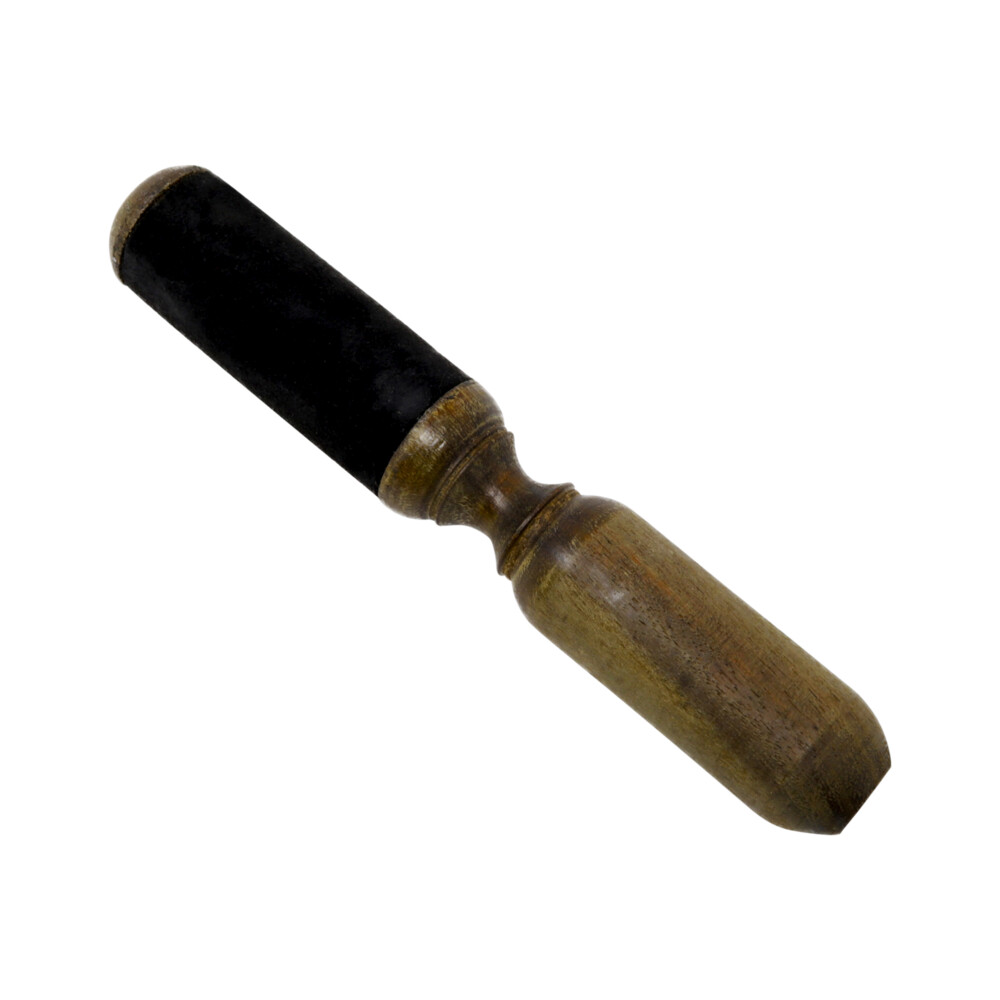 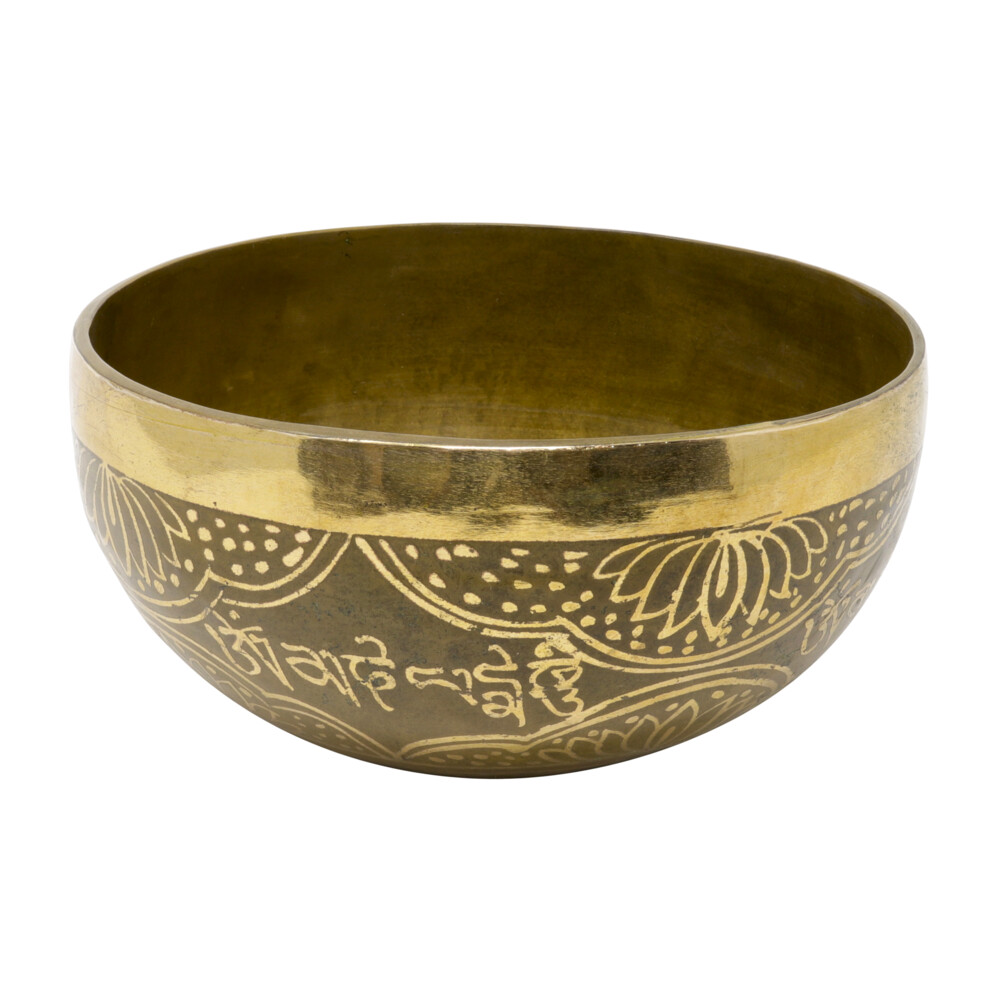