Lace Amethyst is comprised of bands

of amethyst between layers of white quartz creating a pattern of

chevron and diamond patterns. The Amethyst’s purple color is derived

mainly from magnesium sulfur, along with other trace minerals.

discovered in and around the Herkimer & Mohawk Counties in New York.

forms of quartz. These ‘Diamonds’ are amplifiers that boost the power of

other stones. It’s a supreme remedy for fighting pain, a powerful purifier in

ridding the body of toxins; stimulates the immune system, and conscious

attunement to the highest level. 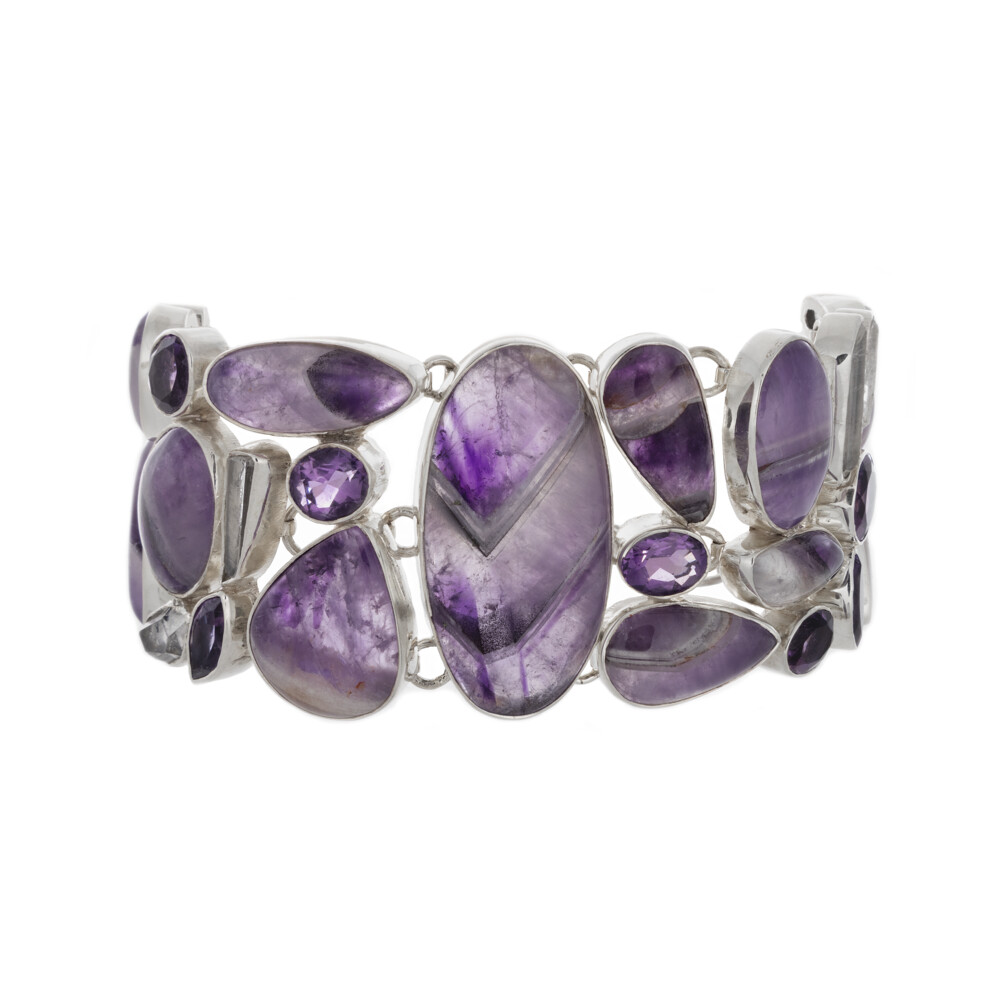