Ammonites are actually a subclass of Phylum Cephlapoda. Like modern

Cephalopods, including the Chambered Nautilus and the Squid, Ammonites

had well developed eyes and tentacles for grasping food. The lines on the

shell are called “suture patterns” and became increasingly complex as the

animal evolved. The iridescent on the exterior shell is a form of opal that has

replaced the nacre shell. Ammonites apparently evolved from the Ordovician

Nautiloids, but didn’t become well established until the Mid-Devonian times,

or about 300 million years ago. They are now extinct. The word

AMMONITE means “Ammon Stone” and refers to the Egyptian God Ammon, who often

appeared with ram’s horns. The mathematical pattern within the shells are

*Each item is unique and one of a kind. Nature's treasures do vary in their shape and color. 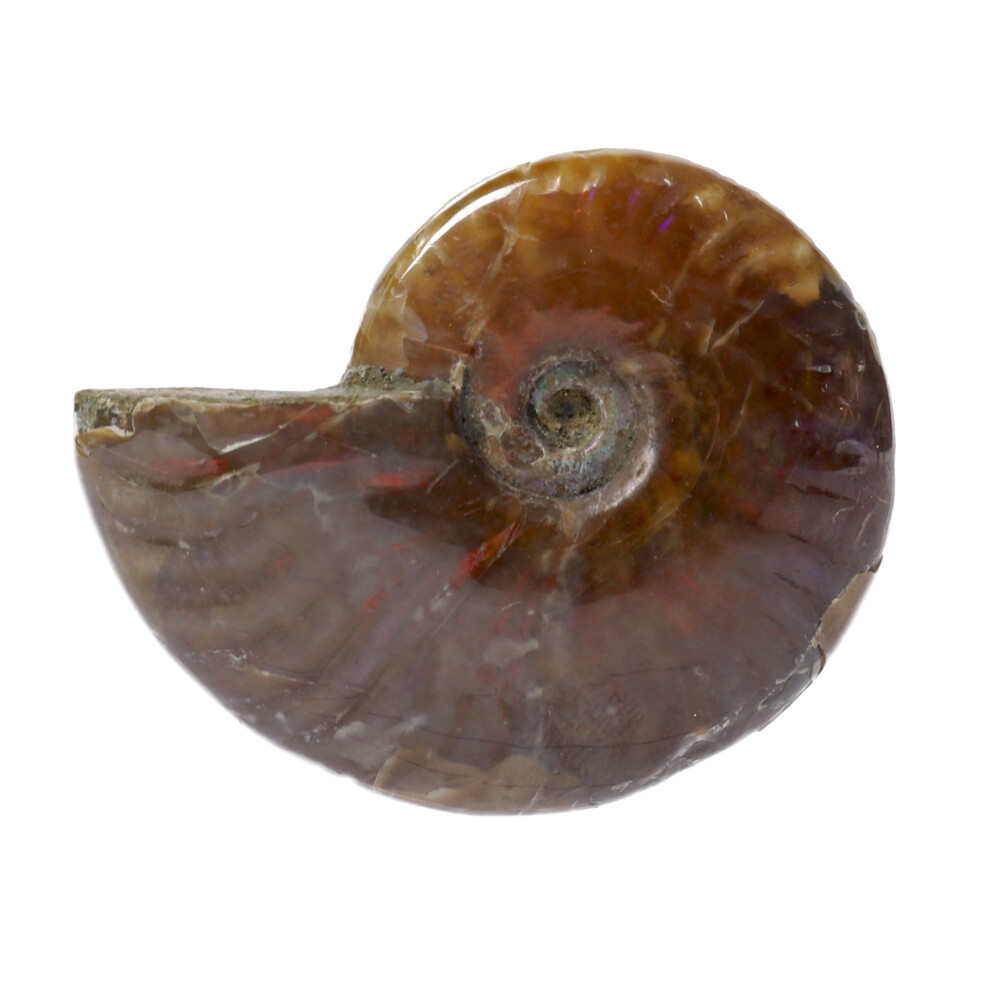