Shungite Slice with Polished Side

By
Rare Earth Gallery
Shungite Slice with Polished Side
Shungite is a black or lustrous black mineral containing about 98% carbon, with crystalline silicate particles and other minerals (including silicon, aluminum, iron, magnesium, sulfur, calcium, and phosphorus) as well. Its name is derived from the Shunga village in Karelia, Russia, which is near the location it was first discovered. Shungite is known to have antibacterial properties, which has been confirmed by modern science. Peter the Great created Russia's first spa using Shungite to purify the water, and he also used Shungite to cleanse and purify water for the Russian army. Shungite is a cleansing, clearing, and grounding stone, and it works on both the physical and energetic levels. According to Robert Simmons, Shungite works not just on the etheric or cellular levels, but all the way down to the molecular level. It releases the bonds of atoms and molecules that are being help in negative or disharmonious structures and patterns, and frees them to move and align themselves in healthy and harmonious structures. This allows the atoms and molecules of the body to form themselves in correlation with the pattern and blueprint of the Light Body. Shungite also works on a mental and emotional emotional level, freeing us from old negative emotional patterns and perspectives. This stone is a powerful tool for letting go of all which no longer serves us, be it physically, emotionally, or spiritually.  Shungite is a carbon-rich stone that’s believed to reduce inflammation, oxidative stress, and EMF exposure. Some also claim it can purify water and relieve emotional stress. It's radius of healing energy is 22 meters.
As each stone is one of a kind and unique, please allow for variations in color and texture.
$20.00
Product#: BmbSl04 -OM 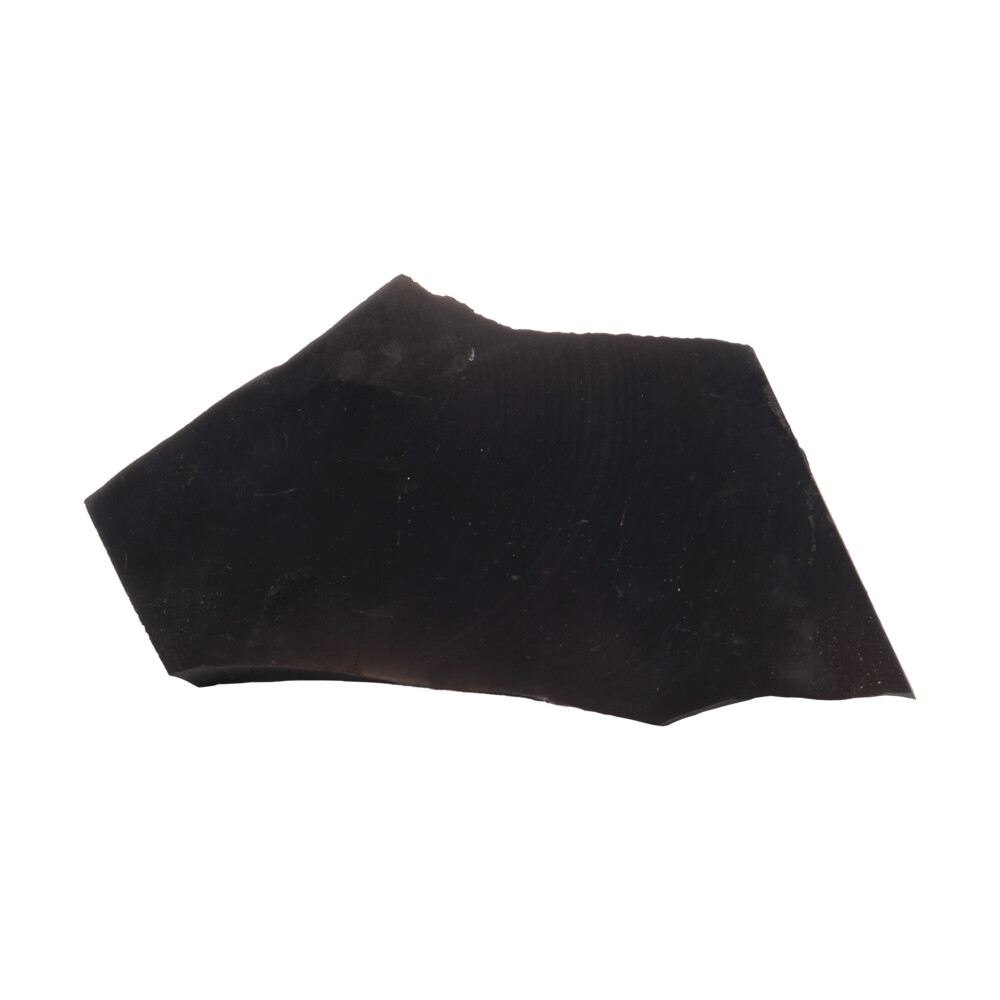