This one of a kind piece of history from “the world beyond” is a must have. Muonionalusta is a meteorite classified as fine octahedrite, type IVA. This piece impacted in northern Scandinavia, west of the border between Sweden and Finland, about one million years ago. It was discovered in 1906 and given its name based on the nearby Muonio River. The Widmanstatten patterns (fine needle like patterns) form due to the precipitation of a single crystal-phase into two separate phases. The Widmanstätten patterns appear during acid etching because kamacite is more easily dissolved by weak acid than taenite. Therefore, Widmanstätten patterns are only found in meteorites, not in any naturally forming rocks on Earth's surface.  This end piece is a part of natures history. This meteorite is set in a unique custom hand fabricated steel stand. The entire specimen rotates, illustrating the attributes of this spectacular example from outer space from all sides. On one axis it shows the outer skin of the meteorite as it burned through the earths atmosphere. On the other axis is the inside of the mass showing a fine example of The Widmanstätten patterns unlike anything on this earth. 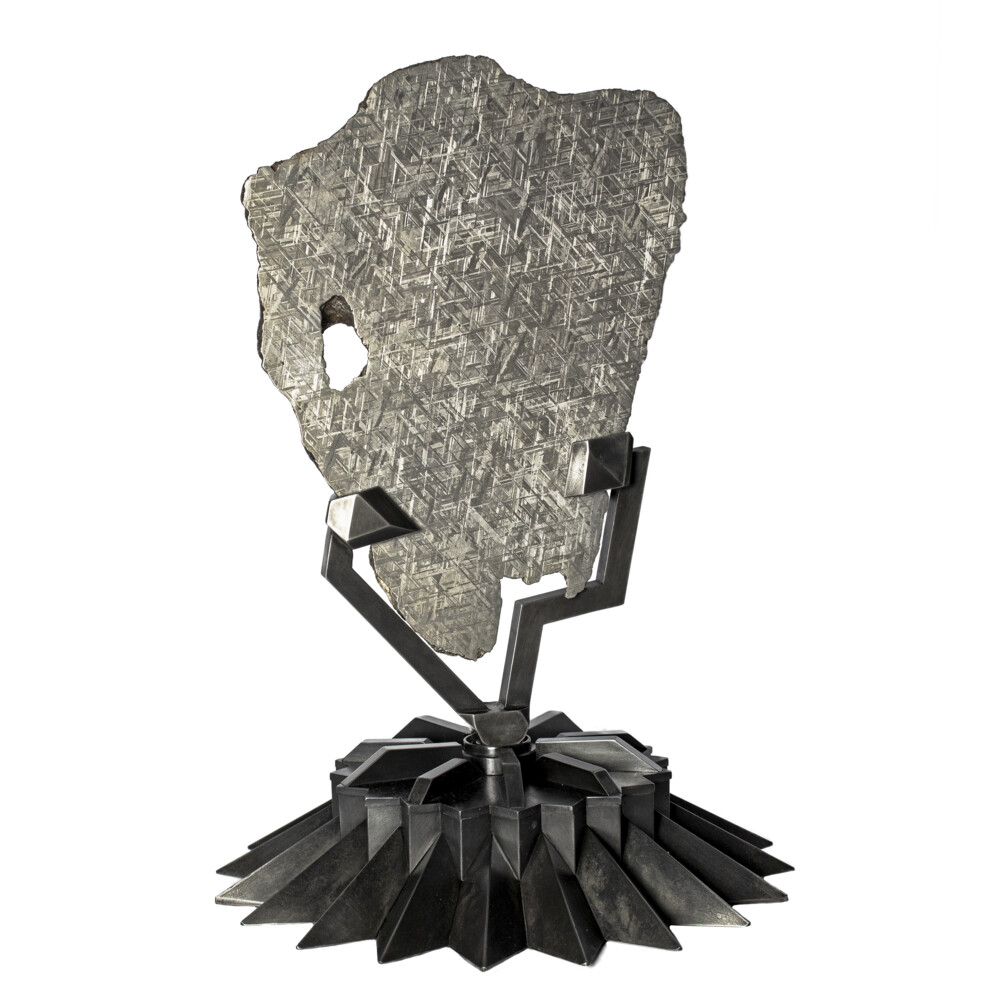 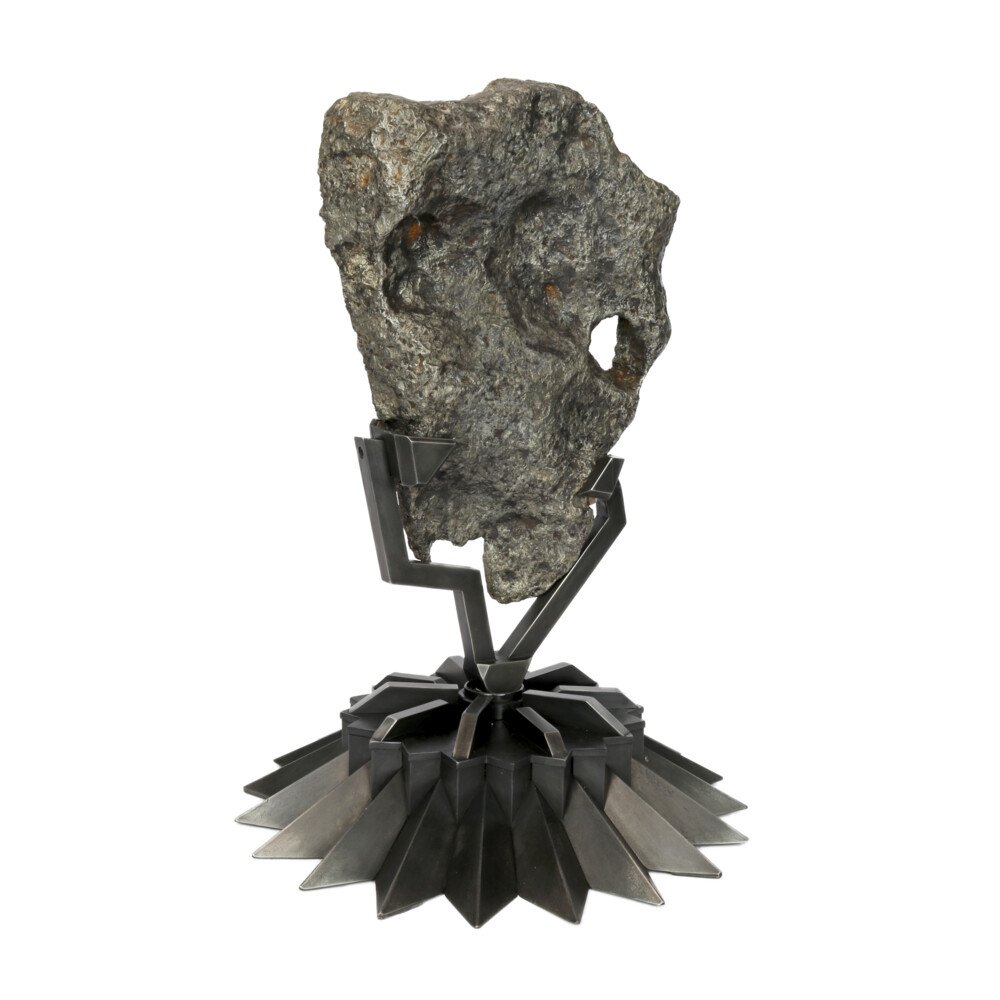